Twenty-seven male Bangladeshis working in Singapore have been arrested for supporting the armed jihad ideology of terrorist groups such as Islamic State (IS) and al-Qaeda.

Some of them had considered waging armed jihad overseas, but they were not planning any terrorist attacks in Singapore, the Ministry of Home Affairs (MHA) said today.

The men, who were working in the construction industry here, were detained arrested under the Inter-nal Security Act (ISA) between November 16 and December 1 last y

Of the 27, 26 were members of a closed religious study group that subscribed to extremist beliefs and teachings of radical figures like Anwar al-Awlaki, an American and Yemeni Islamic lecturer alleged to have ties with militant group al-Qaeda. Awlaki was killed in a drone strike in Yemen in September 2011.

The remaining man was not a member of the study group, but was discovered to have been undergoing radicalisation. He supported extremist preachers and possessed jihadi-related material.

All 27 have had their work passes cancelled, and 26 of them have since been repatriated to Bangladesh, where the authorities were informed of the circumstances of their repatriation.

The last person is now in prison for attempting to leave Singapore illegally after learning of his fellow members’ arrests. He will also be repatriated once he completes his sentence.

In the course of their arrests, the Internal Security Department recovered a “significant amount” of rad-ical and jihadi-related material, such as books and videos containing footage of children undergoing training in what appeared to be terrorist military camps.

“They also carefully targeted the recruitment of other Bangladeshi nationals to grow their member-ship,” said the MHA.

A number of members admitted that they believed they should participate in and wage armed jihad on behalf of their religion. Several contemplated travelling to the Middle East to take part in the ongoing conflict.

Some of them were in support of terrorist groups that killed Shias as they considered Shias to be “devi-ant”.

They also bore grievances against the Bangladeshi government over its actions against some Islamic groups and leaders.

“Members were encouraged to return to Bangladesh and wage armed jihad against the Bangladeshi government. They had also sent monetary donations to entities believed to be linked to extremist groups in Bangladesh,” said MHA.

The Singapore government takes a serious view of any form of support for terrorism.

Any person – foreigner or otherwise – who engages in any activity that threatens to harm Singapore’s national security and racial and religious harmony will be firmly dealt with under the law.

“Foreigners are guests of our country and they should not abuse this privilege and use Singapore as a base to import their own domestic political agenda and carry out activities in pursuit of such an agenda,” MHA said.

“In the same way, foreign religious speakers who propagate divisive doctrines which could lead to mis-trust, enmity and hatred among local religious groups and undermine Singapore’s social cohesion are not welcomed and will not be allowed to operate in Singapore.”

Anyone who knows or suspects that a person has been radicalised, or is engaging in extremist activities or propagating extremist teachings, should promptly inform the Internal Security Department (1800-2626-473) or the Police (999). 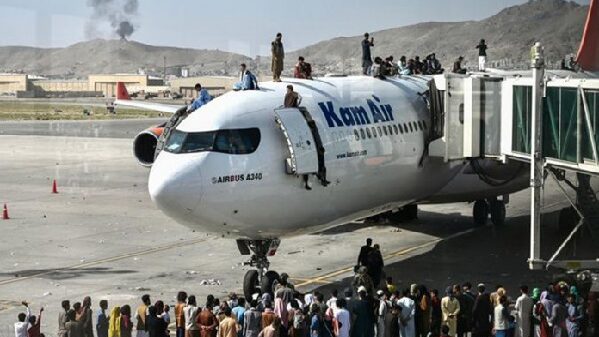